Spa vs Hot Tub: Is There a Difference?

Is there a difference between a hot tub and a spa?

Spa vs. hot tub. When you want to kick back and relax in a hot body of water, do you call it a spa or a hot tub? Or are you like some other Americans who just call it a Jacuzzi?

Read on to find out.

What Exactly Is a Hot Tub?

A hot tub is a standalone structure that holds a pool of heated water. You should note that it not only has its own plumbing system, but water filtration systems as well. This means that many hot tubs can be portable.

Hot tubs can come with a wide variety of features, such as lights and jets.

And What Is a Spa?

Technically speaking, a spa is where you can go to pamper yourself with health and beauty treatments. For example, a spa can offer you things such as exercise equipment, massages, steam baths, and medicinal baths.

A spa can also be somewhere that has spring water that’s rich in healing minerals, such as those in Japan.

When you’re talking about artificial pools of heated water, then a spa can be either a standalone structure or it can be connected to a swimming pool. If it’s the latter, then it’ll share a plumbing system with the pool.

What About a Jacuzzi?

Jacuzzi is actually an incorrectly used term! It’s like how people use the word “Kleenex” synonymously with “tissue.”

Jacuzzi is a brand name, and generally refers to hot tubs.

Spa vs Hot Tub: Are They the Same?

As you may have guessed, Americans use the word “spa” to describe a hot tub. These two words are interchangeable in everyday language nowadays.

The main difference between a spa and hot tub is how their plumbing and water filtration systems are set up. As we’ve said above, hot tubs are standalone structures while spas generally share a plumbing system with a pool.

When it comes to the hot tub and spa differences, another one is that hot tubs generally have jets while spas do not.

Traditionally, spas were mostly built into the ground, meaning they couldn’t be moved. But in more recent times, more and more manufacturers have started making portable spas, which may be the reason why the terms “spa” and “hot tub” have become synonymous.

When it comes to the spa vs hot tub debate, now you know the nuances between the two terms. As you can see, there is a slight difference between the two. However, for general usage, it’s perfectly fine to use them interchangeably.

In any case, whether you refer to them as spas or hot tubs, one thing’s for sure: they can do wonders for melting away stress after a long day!

Are you interested in getting a spa or hot tub? Then get in touch with us now to ask questions and/or get an estimate! 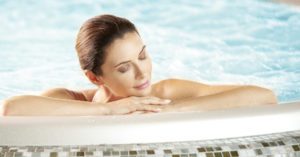 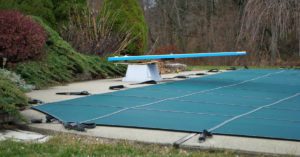 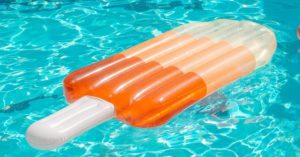